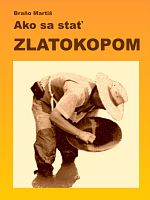 Gold fever in Slovakia – The beginning

Tiny spark from the campfire in Finladia was the base for the main impulse for goldpanning fever in Europe. Its light also shines overseas. The first idea to organize a goldpanning competition in Czechoslovakia has been made real in 1979. The competition was organized by volunteers from Czechoslovak Geological Institute and it was done on banks of Otava river, next by small village Slanik, close to town Strakonice. There were only two categories – profi and greenhorns. Later on those two categories were introduced for men, women, a juniors.

This competition become very popular so it has been organized alternately in Slovakia and Czech republic – one year in one part, next year in second of Czechoslovakia. In Slovakia it has been organized by Geological Institute of Dionýz Štúr. The second competition was in 1981 in Jasenie, in Nizke Tatry area. Afterwards the competition has been taken in 1983 on river Otava and followed by competition in Magurka in 1985, also in Nizke Tatry area. From this moment this free time activity could be considered as a new sport with tradition.

The next competition has been organized in Zlaty Potok, close to town Kremnica in 1989 and another one on river Blanica in 1991 and next year on river Rimavica close to town Kokava nad Rimavicou. This competition was the last one during the history of Czech and Slovak federation, from now one it starts Slovak goldpanning history. It was organised by Dr. Pavel Hvožďara from Slovak Geological Institute of Dionýz Štúr in Bratislava. It was also competition where there were competing goldpanners from Austria, Netherlands and Switzerland.

After the split of Czechoslovakia in 1993 also the goldpanning federation was divided in to Czech and Slovak part. But this was not a problem to organize together the Slovak and Czech championship in town Zlate Hory during May 11-13, 1993 which was again international competition. The Czech and Slovak competition is organized every year and it takes place alternately in both countries.

The main statutory body of Slovak Godlpanning Association is the Presidium, led by President. Members of the Presidium are the representatives of regional clubs and guilds. Each regional club is independent and is responsible for organisation of local goldpanning competitions and free time activities in nature.